A customer contacted me the other day and asked if he could plug in to the API to pull certain links out of his account and sort them by the number of clicks they had received.

He wanted to publish the links and their totals on a web page. He went on to explain that he’s running a contest and would like the entrants to be able to check on their stats and compare them with other contestants to see who’s collecting the most links.

There was a workaround with the existing system, but it was cludgy so I went ahead and added a search/sort/order method for multiple links to the API. This will let you pull data on multiple links, either by the link ID or by the group they’re in. You can sort and order them as needed. 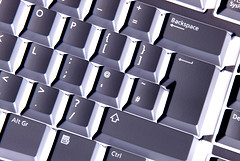 You can find details on your API credentials page at https://linktrack.info/api/getCredentials. There’s a real-world opens source code sample here.

This method can also return data in either XML (our soon-to-be-replaced-default) or JSON. We’ve expanded the API system to output both formats and will continue with that as a standard going forward. More on that in another post.